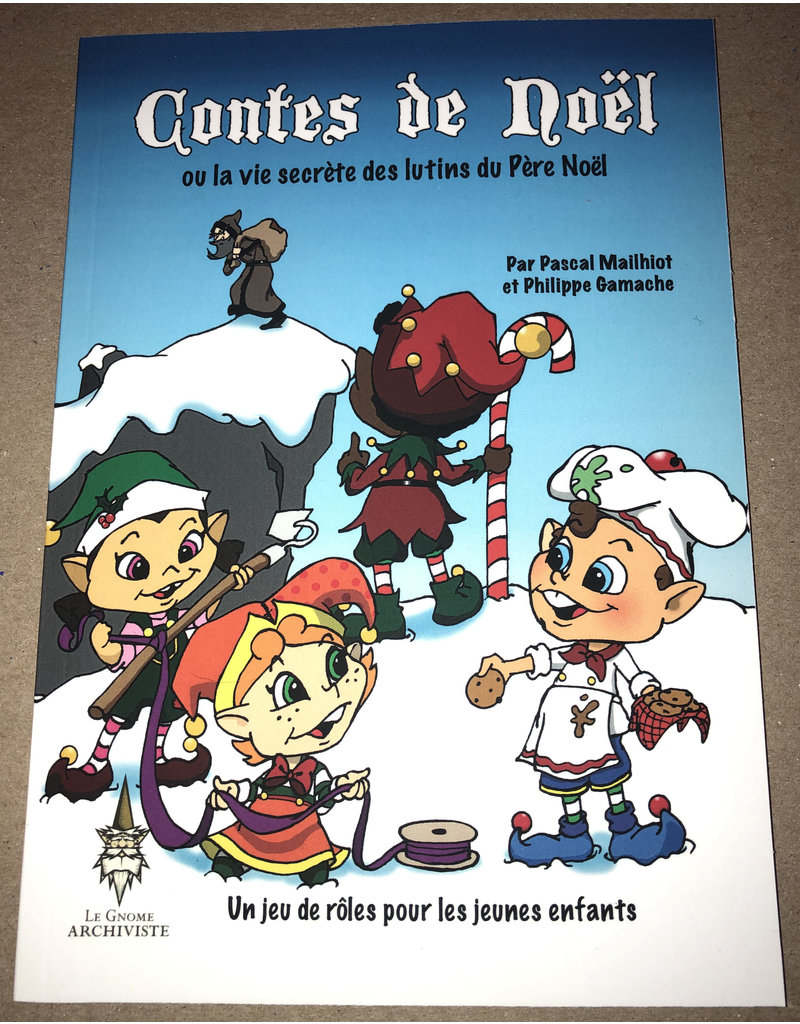 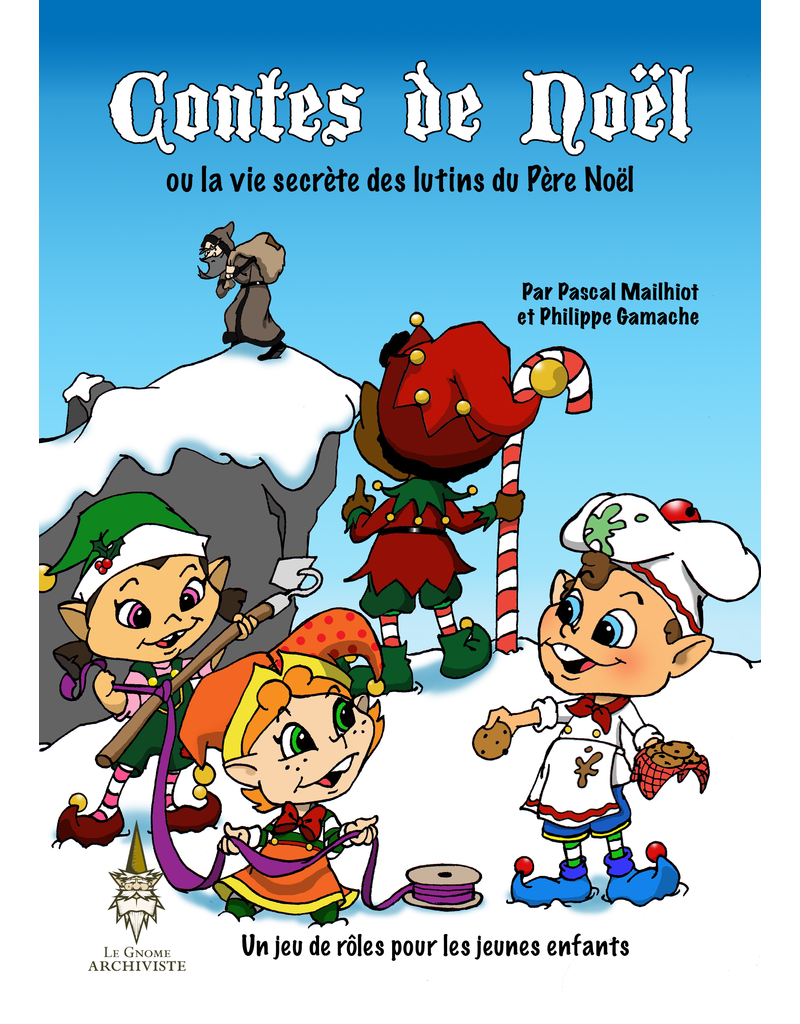 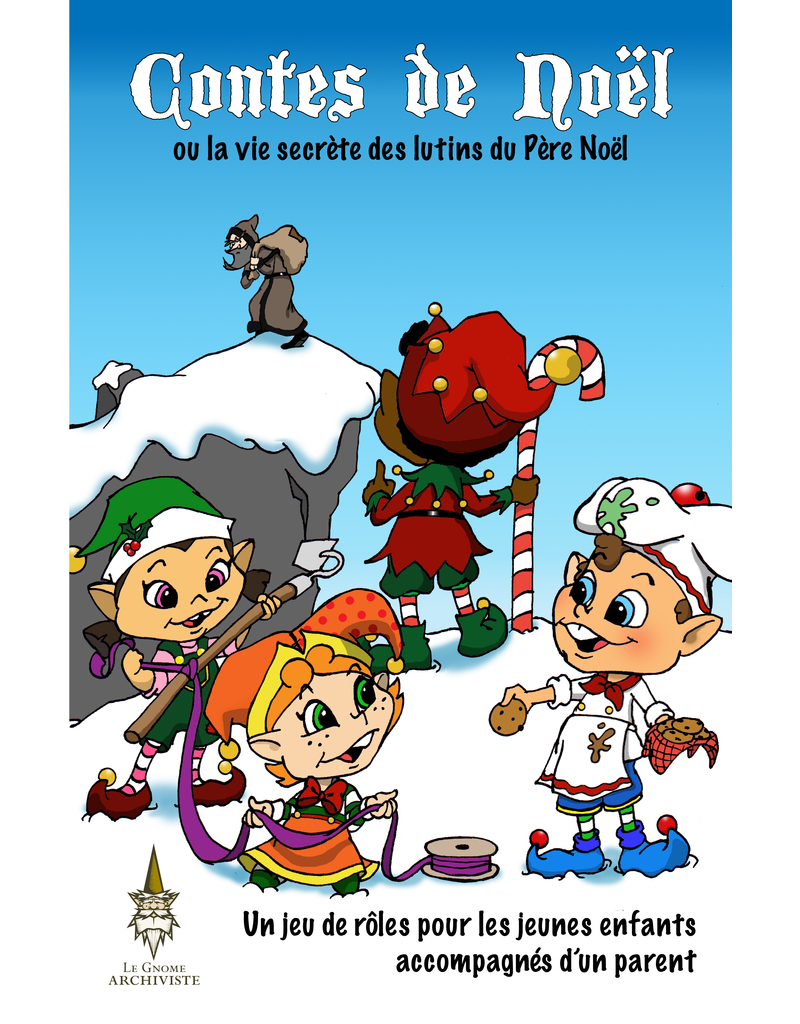 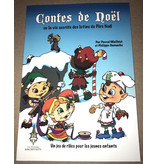 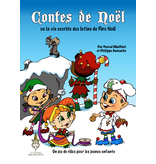 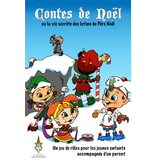 Once upon a time, a long time ago, a very generous toy maker and his wife lived in a very cold and distant country. Once a year, they gave gifts to good children. But as the number of children increased every year, there came a time when they had to make a decision: they needed help. Thus were born the first Christmas elves.

Christmas Tales, is intended to be a role-playing game, in the form of a story, simple for young children (4 years and over) accompanied by a parent (as a storyteller). He encourages teamwork and sharing. The players embody the elves of Santa Claus. Using their skill, resourcefulness and curiosity, they will overcome trials and encounters with their three qualities.

A simple system of dices with color (see chromadice) is used to pass their test. So no need for mathematical notion.

Available only in french (for now). 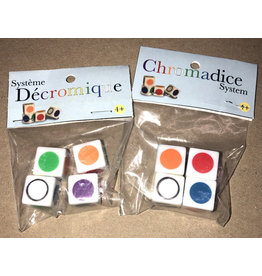